It doesn’t show on their faces, but this is the moment the people of Krobo have dreamed of.  For years the community has been asking us for latrines and hygiene training, and  this  meeting has been called to announce that their day has finally come and work will begin quite soon.

Krobo was the family home of General Kofi Afrifa, once President of Ghana.  General Afrifa took part in the 1966 coup which replaced Kwame Nkrumah with General Akofu.   In 1968 there was a second coup within the ruling party, and General Afrifa was installed as the new head of state until he was overthrown by a third coup in 1971.  At that point, he retired to Krobo where he rebuilt all the houses, as well as schools and a clinic, and laid out wide streets.   Unfortunately, not many people understood the importance of latrines and sanitation in those days, so he built none. 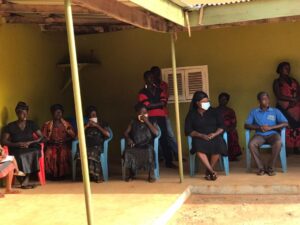 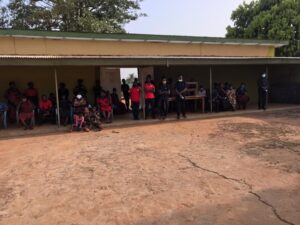 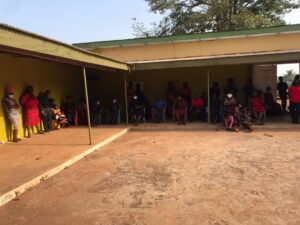 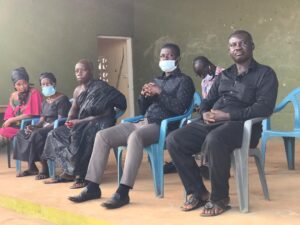 The borehole at Nyinampong has just been mechanised, so now people can turn on a tap and have the water pour straight into a bucket for carrying home. 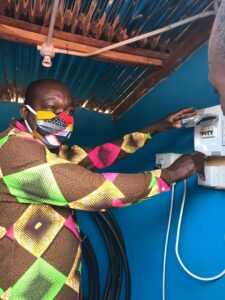 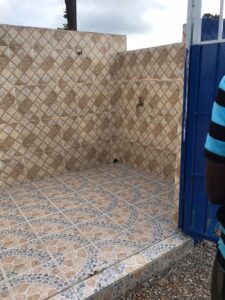 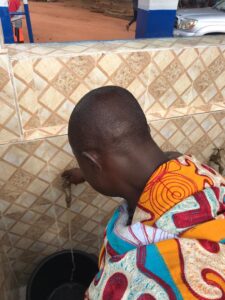 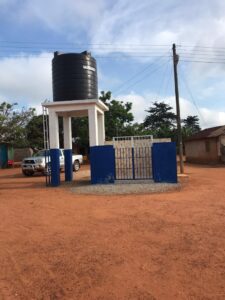 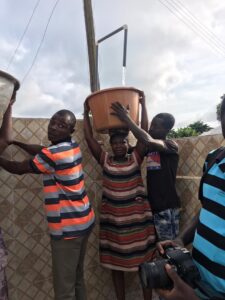 Ashanti Development’s dressmaking school in Gyetiase is currently making masks for us to sell as Christmas presents.  (£6 each plus £1 postage and packing.)  They’re very popular, and well made.

Please let us know if you’d like to order some (we’ll give you discounts for quantity) and tell us your favourite colours. 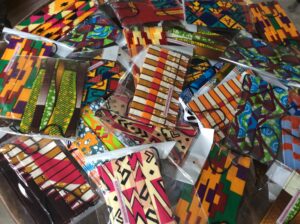 Our new Ashanti stall at Bucks Market, part of Camden Market has a surprise visit from our principal patron Keir Starmer last week. 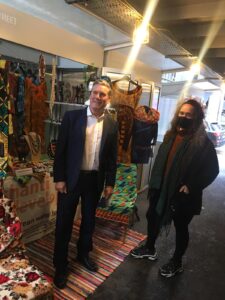 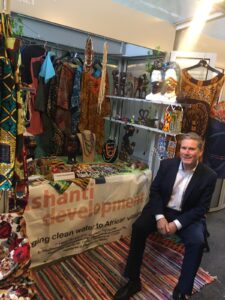 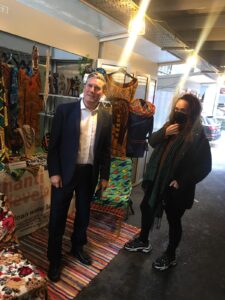 The preliminary results of a pump test on the borehole we just drilled in Asarenkwanta show that there’s a large amount of water in the borehole.  A water quality test will be carried out next to make sure it’s good for drinking.

That’s really good news for the village.  Provided the water quality is good they will be able to sell some of the water to nearby villages and make some profit for themselves. 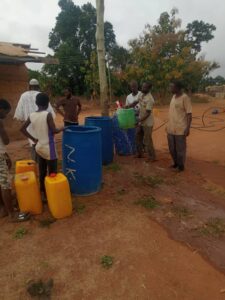 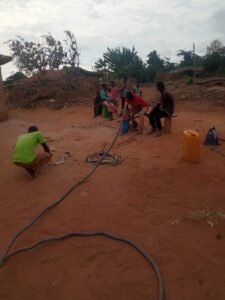 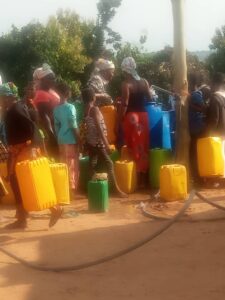