The District recently asked if we’d pay part of the cost of a latrine block beside Kwamang Hospital, for the patients. David was very keen – he’s invented a nifty new latrine design, much cheaper than the normal KVIP – so we agreed.

Unfortunately, David’s design only partly worked because it involved the latrines standing back-to-back, while the hospital needed to have them all in a row. That way, they could check that patients who used them were OK and didn’t need help getting out and back to their beds.

Despite this, the latrines were cheaper than most. The District contributed Ghc1,960, and we paid Ghc 6,737. And they look much better than the old KVIPs too. Four star latrines at least, and well worth going out of your way for.

(The third photo shows the DCE performing the opening ceremony.) 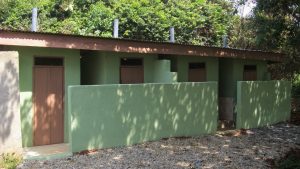 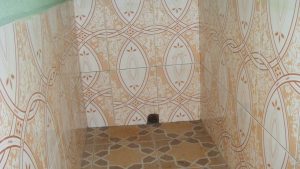 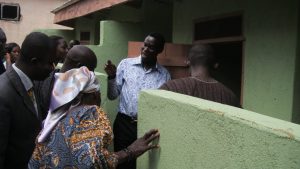 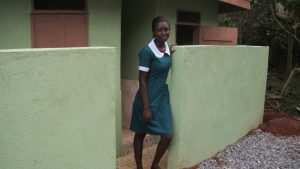