Mpantuase has found itself a donor who initially decided to build himself a house in the village, and spend some months each year in Ashanti.  Later he changed his mind and asked if he could use Ashanti Development accommodation when he visited instead.

He also decided to give Mpantuase a new borehole, and to site it at a place where our hydrogeologist thinks it will hit water.   A borehole would make a huge difference to the community, so let’s hope he’s right.  The photos are of the geophysics team, doing the preliminaries. 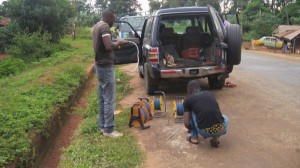 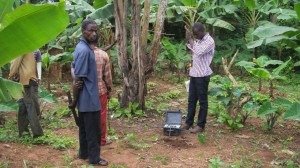 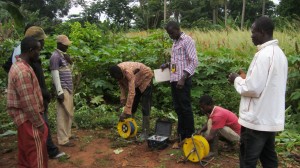 Millions of thanks to Kevin Ford, who just completed the Thames Path Challenge, walking 100km to raise funds for Ashanti Development. He got terribly injured feet, completely exhausted himself, but raised a fantastic £1,000 for us. See the video here http://vimeo.com/106176098 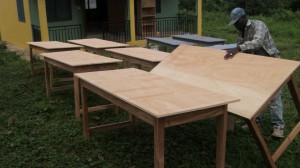 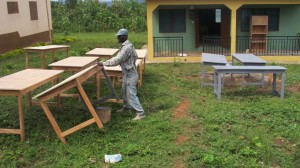 The Training College at Gyetiase is nearly up and running, and the photos show the sewing machine tables being made. The sewing machines themselves have been bought from John Lewis, all different colours – pink, peppermint, red, purple. We hope the students will like them. 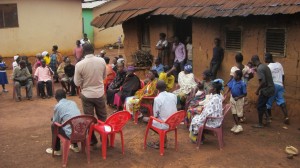 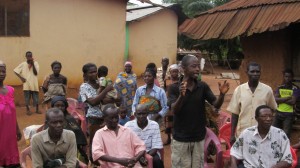 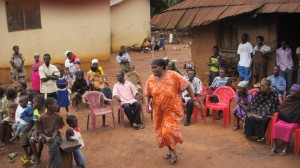 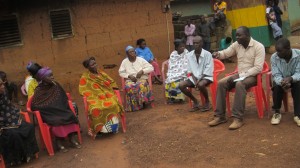 The pictures are of Bresua Village being given the news that Richard (who swam 70 lengths on his 70th birthday to raise money for Ashanti Development) had decided to sponsor them.

Get ready for some latrine-digging pictures when the work starts.

Well, this kindergarten must hold the record for quick building! It seems the reason they’re rushing is to beat inflation, since prices on imported goods like cement are going up on an almost daily basis.

At this rate, the building will be finished by the end of the month. 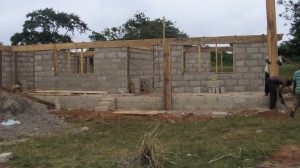