Last Saturday we did our annual sponsored walk from St Pancras Old Church down the Canal to Limehouse. It rained almost all the way, which at least kept us cool. At Limehouse, we stopped for a beer or a cup of tea, and came back to central London by riverboat.

We raised £931 initially, but since then the total’s risen to £1,306, and we’re told it’s likely to go even higher. Thank you so much to everyone who took part and specially to Albert Antwi (sitting with his hands up) for organising it. Here are some Before and After pictures. 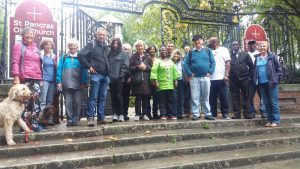 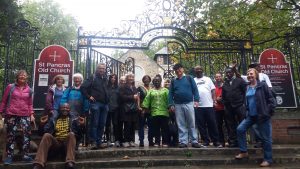 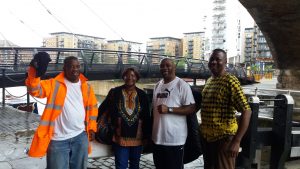