Last week, a six day eye clinic took place in Gyetiase, run by a team from Okonfo Anokye Teaching Hospital in Kumasi, and led by Dr Peter Osei-Bonsu. The team consisted of four ophthalmologist, six optometrists, five ophthalmic nurses, two technicians and one driver. They were joined by Ashanti Development’s Agnes Oppong and some supporting staffs.

In all, 1,123 people were seen, 103 cataract surgeries were performed and over 1600 spectacles dispensed. Dave Banks, Ashanti Development’s teacher trainer who happened to be in Gyetiase, comments that the clinic was ‘absolutely amazing. It was very busy all week and very well organised by Nicholas.” he says.

“The guys from Kumasi along with Agnes and a whole group of supporting staff worked so hard and the atmosphere was so positive,” adds Dave. Kay (his wife) spent the week dispensing glasses and I was able to help out on a couple of days – we both agreed it had been a privilege to part of it all. Needless to say the people being given spectacles, eye care and operations were so happy and grateful. Wow, what a week,” he says.

Best of all, the hospital team are promising to come back next year. 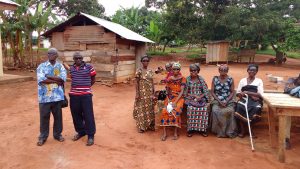 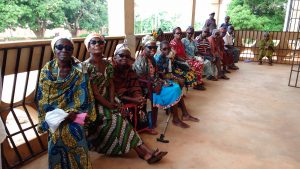 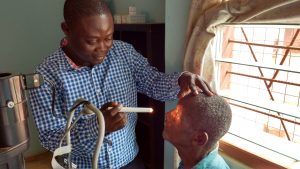 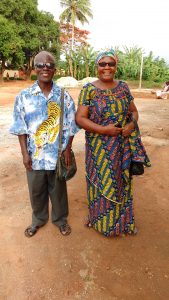